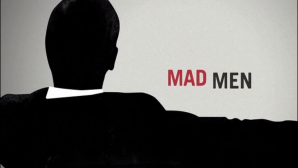 Don’t let the title of the show fool you; it’s a startling indictment of American sexism. Image courtesy of AMC.

When AMC premiered Mad Men in 2007, I was working for a boutique PR and marketing firm in Metro Las Vegas. As such, I faithfully tuned into the show to study mid-century Madison Avenue’s approach to advertising, drool over the era’s fashion and interior design, and to lust after Jon Hamm’s portrayal of Don Draper. I didn’t realize just how much the series revealed about women’s issues, feminism, sexism or intersectionality…until I began re-watching it from season one during this Women’s History Month.

Don’t get me wrong. I’d always loved and appreciated the show’s superb writing and its incorporation of historical events such as the Cuban missile crisis and Dr. Martin Luther King Jr.’s assassination. The characters were full-bodied and multi-dimensional; everyone was both a hero and a villain in their own way. All of this was evident from Season 1, Episode 1—which is why I encouraged my family and friends to watch the damn show.

Some of them took my advice. Most didn’t.

Now in watching the show with women’s history heavy on the brain, I see just how much the show focused on the American female experience during the early 60s. I am currently on Season 6 and here’s a laundry list of what’s been covered:

Now mind you, if you have never seen the show, it is initially set in New York City in March of 1960. At this time Richard M. Nixon was vying for the presidency against long-shot candidate John F. Kennedy. NASA was two years old. Civil rights activists were staging sit-ins at lunch counters throughout Alabama and South Carolina. Cigarette and alcohol use were common and seemingly encouraged in the workplace. And the rise of second-wave feminism was right around the corner.

Second-wave feminism was directly and heavily influenced by the Civil Rights Movement. As per this this article on the subject:

In the 1950s and 1960s, the Civil Rights Movement was creating a climate of protest as activists claimed rights and new positions in society for people of color.

Women filled significant roles in organizations fighting for civil rights like the Student National Coordinating Committee (SNCC) and Students for a Democratic Society (SDS). However, women often found that those organizations—enlightened as they might have been about racial issues or the war in Vietnam—could still be influenced by patriarchal ideas of male superiority.

Two members of SNCC, Casey Hayden and Mary King, presented some of their concerns about their organization’s treatment of women in a document entitled “On the Position of Women in SNCC,” which argued that SNCC practiced discrimination against women similar to the discrimination practiced against African Americans by whites. Stokely Carmichael, field organizer and future chairman of SNCC, responded that the appropriate position for women in the movement was “prone.”

That fool said “prone” and I quoted his ass in a previous blog post! The nerve.

Nevertheless, organizations like SNCC and SDS along with Dr. King and others precipitated the passage of the Civil Rights Act of 1964 which prohibited discrimination based on race, color, national origin, religion and sex—and paved the way for workplace protections for women. This change in law coupled with the 1963 release of Betty Frieden’s book The Feminine Mystique plus the overall social climate of the era sparked a strong desire among women to combat the patriarchal status quo. And so feminism’s second wave of activism began—this time focusing on much, much more than voting rights. The National Organization for Women was established in 1966 “to promote feminist ideals, lead societal change, eliminate discrimination, and achieve and protect the equal rights of all women and girls in all aspects of social, political, and economic life.”

After watching Mad Men, I can understand why this second wave was so necessary. Women were seriously leading messed up lives because men’s attitude toward and treatment of them really sucked. I mean…talk about an unchecked boy’s club scenario going on all day every day. It was madness, Y’all—and it was GENERALLY ACCEPTED! That romanticized Leave It to Beaver business? Nah. Mad Men is definitely not that as you will see in this clip here. If you haven’t seen Mad Men, I highly recommend watching it just based on the commentary on sexism alone. All seven of the show’s seasons are available on Netflix.