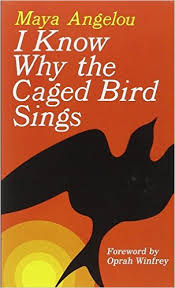 To learn more about Dr. Angelou’s beginnings, read I Know Why the Caged Bird Sings, available at national booksellers.

When Dr. Maya Angelou’s  spirit passed on in 2014, I was in Nigeria. I remember the hum of the oscillating fan I was sitting by watching television and how fascinated I was with the scope of global news coverage. Then Dr. Angelou’s portrait consumed the screen and the broadcaster revealed that she was gone. For the rest of the day and on into the week, you would have thought that Dr. Angelou had been born and raised in Nigeria. Local pundits discussed the personal impact her writing and work had on their lives. Game show hosts requested moments of silence before proceeding with their shows. Other news segments put together emotional montages with audio clips of her various poetry recitations. America had not suffered this loss alone. The whole world ached for the angel that had been living in its midst.

And rightfully so. Dr. Angelou, born in 1928 in St. Louis, MO,  had been a Jill-of-all-trades, bright shining in each artistic and social endeavor she undertook. She was an alluring, soulful singer and actress. Her poetry is still unmatched. She produced the first bestselling work of nonfiction by a Black woman when she wrote I Know Why the Caged Bird Sings. She published seven autobiographies in total. She wrote several plays, and produced and directed films and television shows. She documented Africa’s anti-colonial struggle as the only female editor of the Arab Observer. She worked and organized with Nelson Mandela, W.E.B. Dubois, Malcolm X and Gloria Steinem. Along with Godfrey MacArthur Cambridge and Hugh Hurd, she raised funds for the Southern Christian Leadership Conference. Her efforts were so successful that she was invited to be the director of the SCLC’s New York office, where she worked directly with Dr. Martin Luther King Jr. and A. Philip Randolph.

In all of these things, she promoted the essence  of the Black experience, the African experience. She reminded Blacks of the strength, creativity and ingenuity we possess. And she instilled in all people, regardless of race or ethnicity, the importance of recognizing and celebrating differences while embracing camaraderie and solidarity for the sake of a better world.

Last night, PBS American Masters aired a brilliant documentary on Dr. Angelou entitled And Still I Rise. I encourage everyone to catch it and watch it if they can. It does a much better job of capturing the nuances of Dr. Angelou’s life than I can in this brief blog. In the documentary, they showed an excerpt of Dr. Angelou reciting a poem that brings me to tears each time I read it. I am pleased to share this poem with you now.

The Mask
by Maya Angelou

We wear the mask that grins and lies.
It shades our cheeks and hides our eyes.
This debt we pay to human guile
With torn and bleeding hearts…
We smile and mouth the myriad subtleties.
Why should the world think otherwise
In counting all our tears and sighs.
Nay let them only see us while
We wear the mask.

We smile but oh my God
Our tears to thee from tortured souls arise
And we sing Oh Baby doll, now we sing…
The clay is vile beneath our feet
And long the mile
But let the world think otherwise.
We wear the mask.

Seventy years in these folks’ world
The child I works for calls me girl
I say “HA! HA! HA! Yes ma’am!”
For workin’s sake
I’m too proud to bend and
Too poor to break
So…I laugh! Until my stomach ache
When I think about myself.
My folks can make me split my side
I laugh so hard, HA! HA! I nearly died
The tales they tell sound just like lying
They grow the fruit but eat the rind.
Hmm huh! I laugh uhuh huh huh…
Until I start to cry when I think about myself
And my folks and the children.

My fathers sit on benches,
Their flesh count every plank,
The slats leave dents of darkness
Deep in their withered flank.
And they gnarled like broken candles,
All waxed and burned profound.
They say, but sugar, it was our submission
that made your world go round.

There in those pleated faces
I see the auction block
The chains and slavery’s coffles
The whip and lash and stock.

My fathers speak in voices
That shred my fact and sound
They say, but sugar, it was our submission
that made your world go round.

They laugh to conceal their crying,
They shuffle through their dreams
They stepped ’n fetched a country
And wrote the blues in screams.
I understand their meaning,
It could an did derive
From living on the edge of death
They kept my race alive
By wearing the mask! Ha! Ha! Ha! Ha! Ha!