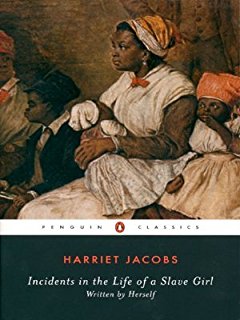 To learn more about this freedom fighter, read Incidents in the Life of a Slave Girl available at national booksellers.

Harriet Ann Jacobs (1813-1897) was an abolitionist, author, and an advocate for the newly emancipated following the Civil War. Her self-published autobiography, Incidents in the Life of a Slave Girl was one of the first books to be written that shed light on the horrific sexual harassment, exploitation and abuse suffered by enslaved Black women.

Born as a slave in North Carolina, Ms. Jacobs was initially unaware of her status as she enjoyed what she herself deemed a happy childhood. Born to parents who were owned by separate slaveholders, she enjoyed a comfortable lifestyle because of the funds her father earned working as an accomplished carpenter. Additionally, her mother’s mistress was kind. When Ms. Jacobs was just six years old, her mother died. However, her mother’s mistress treated her as her own child and taught her to read and sew. When the mistress herself passed away, 12-year-old Ms. Jacobs was bequeathed to the mistress’ niece. Since the niece was a mere 15 years old, Ms. Jacobs’ actual owner was the niece’s father, Dr. James Norcom.

Norcom began to make sexual advances toward Ms. Jacobs when she herself turned 15. She refused his increasingly forceful harassment at every turn but feared that she would not be able to avoid him for long. What made matters worse is that she was viewed by Norcom’s wife as a competitor and an enemy rather than a hapless victim.

Ms. Jacobs was denied the opportunity to marry a free Black men when she asked Norcom’s permission. And thus, having no other means to defend or protect herself, sought the friendship of a sympathetic white attorney named Samuel Tredwell Sawyer who would also become her consensual lover. Ms. Jacobs reasoned that her tryst with Sawyer would result in her being sold by Norcom in revenge. In spite of the daughter and son she had with Sawyer, Norcom continued to savagely pursue Ms. Jacobs.

“When they told me my new-born babe was a girl, my heart was heavier than it had ever been before. Slavery is terrible for men; but it is far more terrible for women.” – Harriet Ann Jacobs

When Norcom threatened to use her children as field hands, Ms. Jacobs escaped and launched a letter campaign to the doctor which led him to believe that she’d fled far away. In actuality, she hid nearby and was watching closely when Norcom sold her children to Sawyer. For the next seven years, she hid in a crawlspace above Sawyer’s home and watched over her children as best she could.

In 1837 Sawyer was elected as a Representative to the 26th Congress. Though he’d kept his promise to purchase the children he shared with Ms. Jacobs, he did not see to their emancipation before moving to Washington DC. Instead he sent his daughter to Brooklyn, NY to work as a house servant.

Ms. Jacobs was able to steal away to New York herself in 1842 and reconnect with her daughter. She would spend the next decade living as a fugitive slave and hiding as best she could whenever Norcom’s inquiries and attempts at finding and reclaiming her threatened her freedom. Eventually she relocated to Rochester where she also connected with her own fugitive brother John. Together, they began working in an antislavery reading room and bookstore located just above the offices of the North Star,  Frederick Douglass’s newspaper. Ms. Jacobs became legally free in 1852.

Following the release of Uncle Tom’s Cabin, Ms. Jacobs was convinced by friends to record the various experiences of her life as a slave. She wrote her autobiography and resorted to self-publishing in 1860 when several publishers turned her work down. Anti-slavery newspapers in both the US and Britain praised the book for its groundbreaking subject matter, but its release and potential for reprint in Jacobs’ lifetime was overshadowed by the Civil War.

Nevertheless, Ms. Jacobs continued the work she was doing within the abolitionist movement in Washington DC and raised money for Black refugees. She continued her humanitarian efforts after  the war by working to improve conditions and opportunities for freed people. She even founded a school along with her daughter which operated for three years in Alexandria, VA. She then continued relief work in Savannah, GA in 1865 but was forced to move back north because of racist violence. In 1870, she opened a boarding house for Blacks in Massachusetts and then settled once again for the last time in DC in 1880s where she eventually passed away.

Following the civil and women’s rights movements of the 1960s and 1970s, Ms. Jacobs’ autobiography again grew in popularity and was reprinted in 1973.